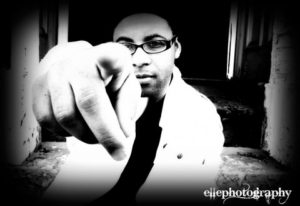 My Hope Radio: In three or four, how would you describe your journey of faith?

Richie Johnson: I once heard, When the curtain is lifted, you will know that God does all things well. I guess that’s how my journey/relationship with Christ has been; faith to faith. Some things He tends to reveal to me instantly to show me which direction I should take next, while other times it is simple doing what I know with the gifts He has given me. Faith to faith is my constant reminder of this journey, knowing that God will do all things well in me.

RJ: Philippians 1:6, ‘My confidence is that the Lord will complete his work in me. ‘

MHR: What is your music background? (Who influenced you, when did you start singing, etc…)

RJ: I guess this is the crux of the interview…Well, I grew up a ‘band nerd’ and played the saxophone, and the only reason I joined band was because I was lazy and did not like standing up in school assemblies. So I joined the band so I could sit down on stage and the only reason I picked the sax is because it had the most buttons out of all the instruments they showed us. I guess it all worked out in the long run. I started as a jazz hound, but as I began to study within my degree program (music education) I began to really appreciate classical music. Much of my music influence and ideas come from classical music with a little urban twist. I began rapping in Junior high in lunch lines and stuff with my friends; we would have someone do a beat with their mouth and bam, right then and there we would just start making stuff up and rap. From then on I started making beats on the computer and, believe it or not, people actually liked my beats and stuff. When God finally woke me up from life’s dream I began to direct everything I was doing musically completely for the Kingdom. I believe it is the least of my service to him.

RJ: Well my debut album was ‘King Jesus’ and it focused on Jesus being the exalted king. My second album, which I am working on currently, is called ‘It’s Jesus’ and it focuses on the Godhead and how the Godhead affects us in being the mission of God’s love to the world. I’m really excited about this album, it’s gonna be more personal as in the things we get involved with on a day-to-day socially, emotionally, and spiritually. It has a very different sound than my debut album, and hopefully through the Spirit of God will cause people to reflect on who they are in the body and their relationship with the world, in comparison with the understanding that Jesus is God manifested in the flesh. I’m excited just thinking about it!  Just throwing this out there (still in the mix) but I may be releasing a short children cartoon with this album called ‘Colors’. It’s all still being worked out though, and I’ll have more details as it gets closer.

MHR: Do you write your own songs? (If so, discuss your usual songwriting process.)

RJ: I do write all my songs, and the production, music, recording engineering, and everything. I actually did my debut album in my dorm room in my undergrad years. The school called me ‘DJ-DORM ROOM’ haha! On this album though I’ll be getting a lot of help in putting it together since I’ve learned more about the music business and audio engineering. The process of putting a lot of the music/songs together usually develops from my own personal experiences or when I look at pop culture. The condition of pop culture inspires me more and more to share Jesus with the world, and as any preacher would do, I go to the scriptures and begin to write about things by grace and truth through the biblical text (John 1:17).

PC is for leisure and MAC is for work

some cheap pizza joint that stays open till 3am! 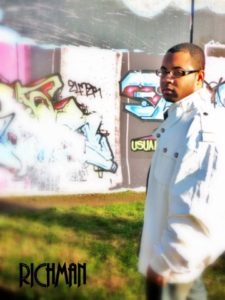