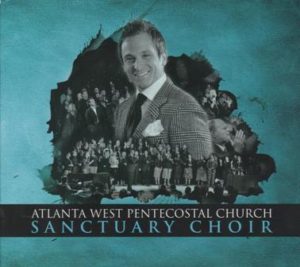 How Do You Judge the Holy Ghost?
The Story of How Sweet the Sound 2009

(This first appeared in the Pentecostal Herald)

On a Friday night in October over ten thousand “”screaming Gospel fans” streamed into Phillips Arena in downtown Atlanta, Georgia ”ready to get the praise party started” (http://www.howsweetthesound.com/blog/). This mass of people had purchased over 2,500 tickets in a twenty-four hour period to see which choir would be deemed the best church choir in Atlanta and procure the right to move on to the finale competition in Detroit, Michigan where eleven church choirs from around the country would compete for the title of the ”Best Church Choir in America.” With thousands of dollars of prize money on the line and ”media, VIP’s and tons of people everywhere,” the Atlanta West Pentecostal Church (AWPC) Sanctuary Choir had one mission: to make God smile.

Those were the instructions given by AWPC choir director Brandon Frazier as the choir finished their last rehearsal and prepared to take the stage to perform Richard Smallwood’s ”Anthem of Praise.” Winning the competition that night was a desire of each choir member, but it was secondary to their desire to usher in the presence of God and minister to the congregation assembled in the sold-out arena. Their faith was bolstered by recent instances in both worship services and choir practices when the Lord spoke through the gifts of the Spirit, promising to show Himself to the city of Atlanta at this event.

The Atlanta West choir members were no strangers to this atmosphere, having participated in the Verizon Wireless How Sweet the Sound gospel competition the previous year. In 2008 they were named the best choir in Atlanta and won the People’s Choice Award at both the regional event and finale. (See the August 09 issue of Pentecostal Herald for more information.)

When the 2009 competition was announced, Frazier made the decision to submit a video of the Atlanta West choir for consideration. To the surprise of the choir, Atlanta West was not chosen to participate, even after the previous year’s success. However, the day after receiving this news, the church was informed that one of the other choirs had backed out of the competition, making the way for Atlanta West to be included. With the help of the Lord, the choir prepared to make the most of that opportunity.

When the night of the regional competition finally arrived and the choir began to sing, the crowd instantly came to its feet in worship – dancing, clapping, and speaking in tongues throughout the arena. At the conclusion of the song, the host, Grammy-award winning artist Donald Lawrence, took the microphone and said ”Y’all might as well go ahead and get a praise break in.” As the band continued to play, the people of Atlanta did just that for several minutes as the team of celebrity judges danced and worshiped right along with them. Donald Lawrence then proclaimed, ”Apostolic in the house tonight!”

When it came time for the judges to comment on the performance, Gospel artist Kurt Carr declared that the AWPC choir had ”the anointing” and explained that ”You see people minister, but every now and then you see something that [isn’t anything] but God.” Gospel legend Marvin Sapp summed up his thoughts by declaring that ”You cannot mess with an Apostolic Pentecostal church!”

That evening the Atlanta West choir was named the Best Large Choir and Overall Winner of the Atlanta Region. They also received the V-Cast People’s Choice Award for receiving the most text message votes from the audience.

As the crowd exited the arena, a group of Atlanta West saints in attendance were approached by a woman asking for prayer. Right there in the lobby of Phillips Arena, she was healed and filled with the Holy Ghost!

The next step for the choir would be the finale in Detroit. Meanwhile in Atlanta, church was still happening. On the Sunday following the regional competition, there were a total of 68 first-time guests at Atlanta West. A total of four people received the Holy Ghost in that day’s services and two were baptized in Jesus’ name. One of the first-time guests who received the Holy Ghost was the daughter of the woman who had been filled with God’s Spirit at Phillip’s Arena.

The following Sunday at Atlanta West the church hosted a worship concert featuring the sanctuary choir. Prior to the 10:15 AM service, there were reports of a traffic jam on Interstate 20 and a thirty-minute wait to turn into the parking lot once cars reached the road upon which the church is located. Police officers working traffic duty that morning began to tell people they would have to come back for the afternoon service because they would not be able to get to the church because of all the traffic!

That morning there were 117 first-time guests and a total of 926 people in attendance. In the afternoon service 242 people came to AWPC for the first time, and 870 were in attendance. By the end of the day a total of 10 people received the gift of the Holy Ghost and 13 were baptized in Jesus’ name.

The following Sunday Pastor Darrell Johns preached a sermon titled ”The Secret of the Anointing,” explaining that it is the direct result of our separation from the world unto God that allows Him to anoint us as messengers to a lost and dying world. That day 5 people were baptized through the ministries of AWPC and 4 received the Holy Ghost.

In the weeks leading up to the finale in Detroit, choir members and the Atlanta West congregation entered into a season of dedicated prayer and fasting, asking that the Lord would continue to use the choir to minister through the How Sweet the Sound competition. Far more important than prize money or recognition was the opportunity to minister to the city of Detroit.

The choir flew to Detroit and celebrated with the winning choirs from the other ten regional events. On November 7th, a total of 12,799 people packed into the sold-out Joe Louis Arena, the largest crowd for any How Sweet the Sound event. Back in Atlanta, Verizon Wireless sponsored a live simulcast of the finale for 711 people, complete with catering from a local restaurant.

In the words of soloist Ryan Johns, ”We took the stage and began our song … and God took over from there.” Just as had happened in Atlanta, the crowd jumped to their feet worshiping the Lord throughout the entire song as the presence of the Lord swept through the arena.

After the song a spontaneous outbreak of worship continued for several minutes with Donald Lawrence again encouraging the crowd to worship. Once again the judges left their seats and danced, speaking in tongues and worshiping God. The AWPC choir joined in, turning the event into a Pentecostal church service. Members of a local UPCI church prayed for a person who recognized that they must be affiliated with Atlanta West because of their outward holiness. She received the Holy Ghost during the worship that erupted after the Atlanta West choir finished singing.

When the judges were finally composed enough to comment, Grammy-award winner Byron Cage could only ask one question: ”How do you judge the Holy Ghost?” He then stood and continued to shout and was joined again by everyone in attendance. Dorinda Clark-Cole (of the famous Clark Sisters) stopped in the middle of her comments about the choir and said ”I can’t.” She them burst out speaking in tongues over the microphone for everyone to hear. Next she commented ”There’s just something about the Holy Ghost – I can’t even explain it” and encouraged the choir to ”just keep the anointing.”

Finally Marvin Sapp summed up the reality of what had just happened when he said ”I don’t care what y’all say – just give me some good old-fashioned hand-clapping, foot-stomping, tongue-talking, anointed, Holy Ghost-filled (people) … they didn’t come here to entertain nobody; they came so that yokes would be destroyed!” The power of the Holy Ghost filled the arena as a testimony to how He honors those who stand for His truth.

At the conclusion of the event, the Atlanta West choir was again chosen as the V-Cast People’s Choice Award winners based upon text message voting and was also named by the judges as the ”Best Church Choir in America.” However, the story of this evening was not yet over.

As people were leaving the arena, attendees continued to approach those they identified as Apostolic because of their outward appearance, bringing with them prayer requests. In the concourse of the arena two people were slain in the Spirit, causing the arena officials to send for paramedics. When they showed up with wheelchairs, the Apostolics explained that the people lying in the floor would be just fine without their assistance!

In the weeks and months following the finale, Atlanta West continued to receive reports from around the country about people being healed and receiving the Holy Ghost while watching the video of the choir online. It has been verified that literally hundreds of people in the St. Louis area alone have been filled with God’s Spirit while watching on the Internet at www.howsweetthesound.comor www.americasbestchoir.com.

Choir director Brandon Frazier summed up the overwhelming sense of gratitude for Verizon Wireless giving the choir the opportunity to minister on such a grand scale by saying, ”How Sweet the Sound does everything first class. It’s been a once-in-a-lifetime experience participating and to win — I’m still taking it in. It’s an amazing feeling and has already opened so many doors for our choir.”

Ryan Johns agreed, ”What God did and the opportunity He has given us to spread the Gospel through singing has blown my mind, and I cannot wait to see what He is positioning us for.”

One task the choir has planned in 2010 is to record a CD project. The church continues to reap a harvest of souls that has been impacted by the exposure in the community brought about by participation in the How Sweet the Sound competition. From the Sunday after the regional competition through the end of 2009, there were 718 first-time guests, 44 people baptized in Jesus’ name, and 37 filled with the Holy Ghost through the ministries of Atlanta West.

The entire Apostolic movement can rejoice with Atlanta West, knowing that sustainable revival is possible in this time! As the day of the Lord’s return grows ever closer, we can earnestly anticipate”the manifestation of the sons of God” (Romans 8:19). As we commit ourselves to His doctrinal truths, including a lifestyle of inward and outward holiness, He will continue to reveal to the world that we are His bride.